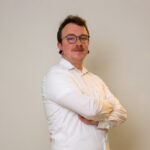 Apple has had a significant influence on UX and UI design since the company’s inception in the 1970s. From the first Macintosh computer to the latest iPhone, Apple has consistently set the bar for how user interfaces should look and feel. Here are just a few ways in which Apple has shaped the field of UX and UI design.

Apple was one of the first companies to prioritize user-centered design. While many other tech companies were focused on technical features and capabilities, Apple placed a strong emphasis on creating intuitive, easy-to-use products. This focus on user experience has become a key aspect of UX and UI design and has influenced the way other companies approach product development.

Apple has always been known for its sleek and modern design aesthetic. The company’s products are known for their minimalistic, clean lines and sophisticated color schemes. This design aesthetic has influenced the way other companies approach UI design, with many striving to create visually appealing products that are easy on the eyes.

Apple has also pioneered the use of gestures in UI design. The company was one of the first to introduce gesture-based controls on its mobile devices, such as swiping to unlock the iPhone or using pinch-to-zoom on the iPad. These gestures have become so widely used that they are now an expected part of the user experience on many mobile devices.

Apple has also been a leader in the development of artificial intelligence and machine learning technologies. The company has used these technologies to create intelligent assistants like Siri and to improve the user experience on its products. For example, Apple’s machine learning algorithms can suggest apps or features that a user might be interested in based on their past usage. This type of personalized, predictive technology has influenced the way other companies approach UX design.

Apple has also played a significant role in the development of design standards and guidelines. The company has released guidelines for iOS and macOS app development, which provide developers with a set of best practices for creating intuitive and easy-to-use apps. These guidelines have helped to establish a set of standards for UX and UI design across the tech industry.

In summary, Apple has had a significant influence on UX and UI design through its focus on user-centered design, sleek and modern aesthetic, use of gestures, adoption of artificial intelligence and machine learning technologies, and development of design standards and guidelines. The company’s products and design practices have set the bar for how user interfaces should look and feel, and have influenced the way other companies approach product development.

Pieter, our graphic designer, always likes to talk about all things design. Want to hear more about this or have aa nice chat about design, UI or UX? Reach out: pieter@purplepanda.be